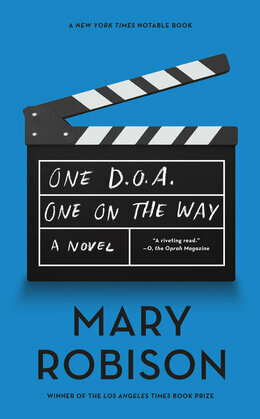 "Robison's minimalism is more like a slap in the face: it's short, it stings, and you wonder who in tarnation did that to you." —The New York Times

Enter Eve. Based in New Orleans, she's a location scout for a movie production company and complacently married to Adam. "Now you know," she says. "Our names really didn't bother me that much until the mail started arriving addressed to 'Adam and Eve Broussard.'" He's just been diagnosed with a grave illness and gone back to the palatial family home where his parents reside. It's all just fine with Eve—or so she tells herself at the beginning.

But standing left of center in this still-prosperous but mortally wounded family does not get easier as the weeks wear on. As she negotiates her way around the anger of Adam's despised twin brother Saunders, maintains her friendship with his beautiful and volatile wife Petal, and protects what's left of the innocence of her niece Collie, Eve finds more than the Louisiana heat oppressive.