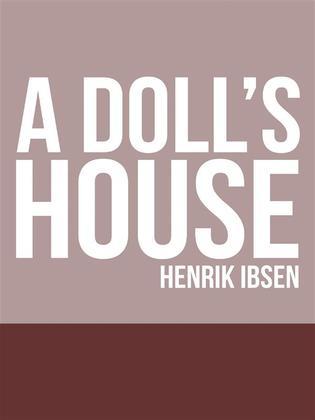 A Doll's House (Bokmål: Et dukkehjem; also translated as A Doll House) is a three-act play written by Henrik Ibsen. It premiered at the Royal Theatre in Copenhagen, Denmark, on 21 December 1879, having been published earlier that month. The play is set in a Norwegian town circa 1879.

The play is significant for the way it deals with the fate of a married woman, who at the time in Norway lacked reasonable opportunities for self-fulfillment in a male dominated world. It aroused a great sensation at the time, and caused a “storm of outraged controversy” that went beyond the theatre to the world newspapers and society.