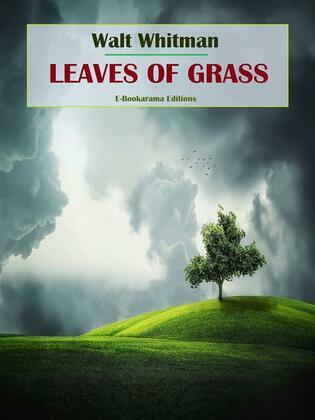 First published in 1855, "Leaves of Grass" is a poetry collection by American author and poet Walt Whitman that was rewritten and reissued multiple times during Whitman’s lifetime.

The poems are loosely connected, representing Whitman’s celebration of his philosophy of life and humanity. The book of poems explores the theme of delight in sensual pleasures at a time when candid displays of pleasure were considered immoral. Unlike most poems at the time, which relied on religious symbolism and allegory, "Leaves of Grass" concentrated on exalting the body and the material world.

Heavily influenced by the Transcendentalist movement and the works of Ralph Waldo Emerson, the poems fuse praise of the human form and the human mind.

The format of the poems shifts radically, and does not tend to follow standard rules for meter and line length.

Highly controversial upon its release due to its explicit sexual imagery, the book was panned by most poetry critics during Whitman’s lifetime. However, it has become one of the most enduring works of American poetry, still widely read and studied today as one of Whitman’s defining works.