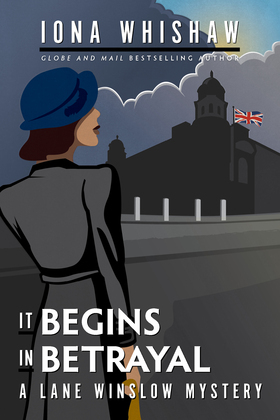 It Begins In Betrayal

Finalist for a 2019 Lefty Award

The fourth book in what the Globe and Mail has proclaimed ?a terrific series? by ?a writer to watch.?

Summer descends over the picturesque King?s Cove as Darling and Lane?s mutual affection blossoms. But their respite from solving crime is cut short when a British government official arrives in Nelson to compel Darling to return to England for questioning about the death of a rear gunner under his command in 1943.

In Darling?s absence, Ames oversees the investigation into the suspicious death of a local elderly woman and uncovers a painful betrayal inflicted forty years earlier. Meanwhile, Lane follows Darling to London, where he is charged with murder and faces hanging. While desperately seeking answers, Lane is presented with a proposal that could save the man she loves, but only if she returns to the very life she sought to leave behind.