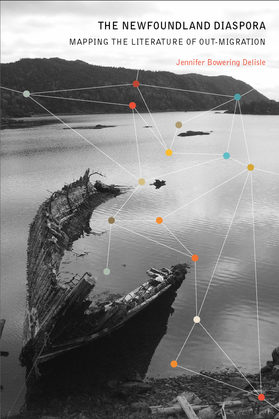 Out-migration, driven by high unemployment and a floundering economy, has been a defining aspect of Newfoundland society for well over a century, and it reached new heights with the cod moratorium in 1992. This Newfoundland "diaspora" has had a profound impact on the province's literature.

Many writers and scholars have referred to Newfoundland out-migration as a diaspora, but few have examined the theoretical implications of applying this contested term to a predominantly inter-provincial movement of mainly white, economically motivated migrants. The Newfoundland Diaspora argues that "diaspora" helpfully references the painful displacement of a group whose members continue to identify with each other and with the "homeland." It examines important literary works of the Newfoundland diaspora, including the poetry of E.J. Pratt, the drama of David French, the fiction of Donna Morrissey and Wayne Johnston, and the memoirs of David Macfarlane. These works are the sites of a broad inquiry into the theoretical flashpoints of affect, diasporic authenticity, nationalism, race, and ethnicity.

The literature of the Newfoundland diaspora both contributes to and responds to critical movements in Canadian literature and culture, querying the place of regional, national, and ethnic affiliations in a literature drawn along the borders of the nation-state. This diaspora plays a part in defining Canada even as it looks beyond the borders of Canada as a literary community.