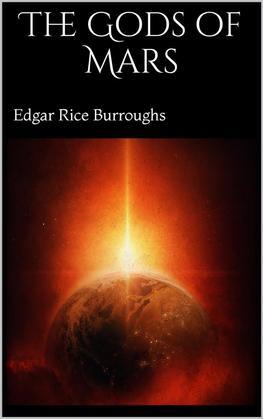 The Gods of Mars

As I stood upon the bluff before my cottage on that clear cold night in the early part of March, 1886, the noble Hudson flowing like the grey and silent spectre of a dead river below me, I felt again the strange, compelling influence of the mighty god of war, my beloved Mars, which for ten long and lonesome years I had implored with outstretched arms to carry me back to my lost love. Not since that other March night in 1866, when I had stood without that Arizona cave in which my still and lifeless body lay wrapped in the similitude of earthly death had I felt the irresistible attraction of the god of my profession. With arms outstretched toward the red eye of the great star I stood praying for a return of that strange power which twice had drawn me through the immensity of space, praying as I had prayed on a thousand nights before during the long ten years that I had waited and hoped. Suddenly a qualm of nausea swept over me, my senses swam, my knees gave beneath me and I pitched headlong to the ground upon the very verge of the dizzy bluff.