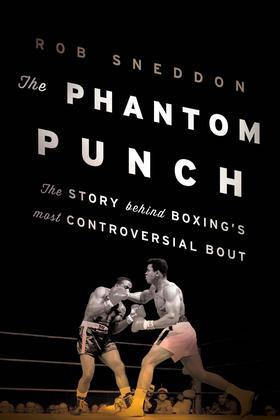 The two bouts between Cassius Clay and Sonny Liston are widely considered the most anticipated and controversial fights in heavyweight boxing. Cassius Clay won the first bout in Miami Beach in February 1964, when Liston refused to come out for the seventh round. The second fight took place in Lewiston, Maine, fifteen months later in May 1965. Halfway through the first round, Ali countered a left from Liston with a fast right, knocking Liston down. He did not get up. Ali’s right was so fast many spectators never even saw it. It was quickly dubbed the Phantom Punch and rumors began to swirl that Liston had thrown the fight. Many who believed Liston—a brutal fighter who picked up boxing in prison—had also thrown the first fight the year before in Miami were now vindicated.

Journalist and sports historian Rob Sneddon takes a fresh look at the infamous Muhammad Ali–Sonny Liston fight of May 25, 1965, which ended in chaos at a high school hockey rink in Lewiston, Maine. Sneddon digs deep into the fight’s background and comes up with fascinating new takes on boxing promotion in the 1960s; on Ali’s rapid rise and Liston’s sudden fall; on how the bout ended up in Lewiston —and, of course, on Ali’s phantom punch. That single lightning-quick blow triggered a complex chain reaction of events that few people understood, either then or now.

Even if you’ve seen films of the fight and think you know what happened, this book will change your perspective on boxing’s greatest controversy.