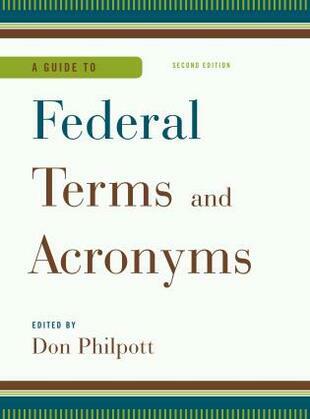 Navigating government documents is a task that requires considerable knowledge of specialized terms and acronyms. This required knowledge nearly amounts to knowing a completely different language. To those who are not fluent, the task can be overwhelming, as federal departments fill their documents with acronyms, abbreviations, and terms that mean little or nothing to the outsider. Would you be able to make sense of a document that described how the COTR reports to the CO regarding compliance with FAR, GPRA, SARA, and FASA? (This is a common procedure in government contracting.) Would you have any clue what was being referred to if you came across MIL-STD-129P? (It is the new standard for Military Shipping Label Requirements.) The sheer number of such terms makes mastering them nearly impossible. But now, these terms and their definitions are within reach.