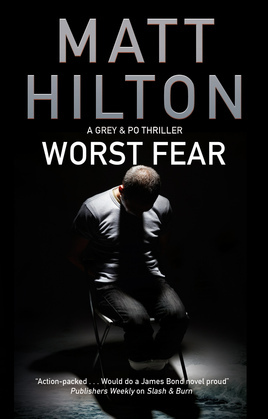 Private investigator Tess Grey discovers that someone from her past is pursuing a deadly vendetta ? and she could be the next to die.

When the body of a young woman is found on a rocky Maine beach, having fallen from the cliffs above, the initial verdict is suicide. But hidden on the dead woman?s social network page is a post requesting that Tess Grey be informed in the event of her death. And why would Chelsea Grace, who was terrified of heights, have chosen to end her life in a way that invoked her very worst fear?

Having not seen Chelsea for years, Tess has no idea why her old university roommate would leave such a message. But, determined to find out what really happened to her, Tess and her partner Po discover that Chelsea isn?t the first of her old university friends to suffer ? and she won?t be the last. It would appear that someone is holding a deadly grudge: could Tess herself be a target?