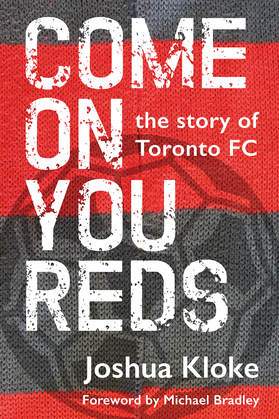 Come on You Reds

How Toronto FC rescued itself from misery, carved out a niche, and became a true alternative franchise in North America’s most crowded sports market.

From Toronto FC’s inception, the club and their fans did things their own way. After Danny Dichio scored the first goal in franchise history, fans at BMO Field threw their seat cushions onto the field in ecstasy. It looked as if TFC had a bright future ahead of them, but what followed instead was eight seasons of poor results, mismanagement, and misery.

Still, TFC fans never wavered, building the most unique atmosphere in Toronto sports. When it looked as if TFC were destined to become an afterthought in a city crowded with teams, the club carved out a niche by creating a winning culture unlike anything Toronto had ever seen.

Come on You Reds takes fans behind the scenes from the inception of TFC, through the team’s lowest years, and finally, to the story of how management built one of the best teams in Major League Soccer history.