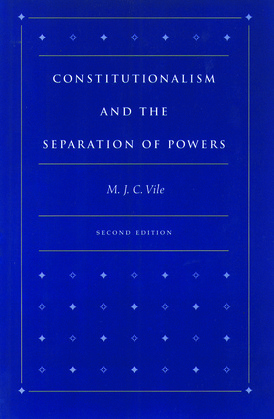 Constitutionalism and the Separation of Powers

Arguably no political principle has been more central than the separation of powers to the evolution of constitutional governance in Western democracies. In the definitive work on the subject, M. J. C. Vile traces the history of the doctrine from its rise during the English Civil War, through its development in the eighteenth century—when it was indispensable to the founders of the American republic—through subsequent political thought and constitution-making in Britain, France, and the United States. The author concludes with an examination of criticisms of the doctrine by both behavioralists and centralizers—and with "A Model of a Theory of Constitutionalism." The new Liberty Fund second edition includes the entirety of the original 1967 text published by Oxford, a major epilogue entitled "The Separation of Powers and the Administrative State," and a bibliography.

M. J. C. Vile is Professor of Politics at the University of Kent at Canterbury and author also of The Structure of American Federalism.