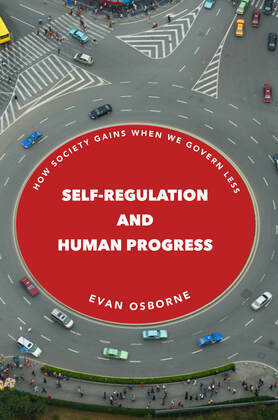 by Evan Osborne (Author)
Buy for $65.00 Excerpt
Nonfiction Business & economics Free Enterprise
warning_amber
One or more licenses for this book have been acquired by your organisation details

Most of us are familiar with free-market competition: the idea that society and the economy benefit when people are left to self-regulate, testing new ideas in pursuit of profit. Less known is the fact that this theory arose after arguments for the scientific method and freedom of speech had gone mainstream?and that all three share a common basis.

Proponents of self-regulation in the realm of free speech have argued that unhindered public expression causes true ideas to gain strength through scrutiny. Similarly, scientific inquiry has been regarded as a self-correcting system, one in which competing hypotheses are verified by multiple independent researchers. It was long thought that society was better left to organize itself through free markets as opposed to political institutions. But, over the twentieth century, we became less confident in the notion of a self-regulating socioeconomy. Evan Osborne traces the rise and fall of this once-popular concept. He argues that?as society becomes more complex?self-regulation becomes more efficient and can once again serve our economy well.