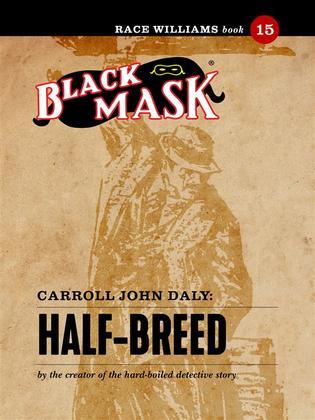 Race Williams—Confidential Agent—is not a charitable institution, but the potential of cold, hard cash, not curiosity, will drive Williams to the brink. When a mysterious letter and hotel key from “A Real American” takes him to the twenty-seventh story of a New York skyscraper, Williams arrives early with his gun in-hand. Williams finds an empty room except for the dead corpse of a young Indian man, Race’s “Real American.” With only a corpse and a ticket to Oklahoma as clues, Williams must prowl the mean streets of New York City to find the killer and uncover the mystery as to why he was brought to Room 2740. Story #15 in the Race Williams series.

Carroll John Daly (1889–1958) was the creator of the first hard-boiled private eye story, predating Dashiell Hammett's first Continental Op story by several months. Daly's classic character, Race Williams, was one of the most popular fiction characters of the pulps, and the direct inspiration for Mickey Spillane's Mike Hammer.