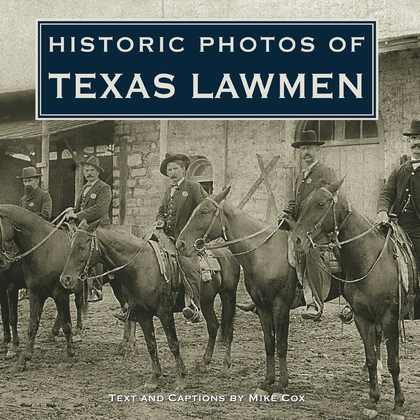 The history of law enforcement in the Lone Star State goes back well before photography, dating to Texas’s days as part of the Spanish empire. After that Texas became a province of Mexico and for nearly a decade stood among the nations as an independent republic before becoming the 28th state in the Union in 1845.
Beyond the contribution to law and order made by constables, sheriffs, town marshals, city police officers, and federal lawmen, Texas is the birthplace of a law enforcement institution unique in the world, the legendary Texas Rangers.
Historic Photos of Texas Lawmen features close to 200 images of Texas lawmen, bad men (and a few bad women), assorted characters with a law enforcement connection like the legendary Judge Roy Bean, and shots of the places they did their work—for good or bad. Each photograph has a story to tell.
Some of the images in this volume, coming from the author’s personal collection, are published here for the first time. But all of the images command attention, many as attention-getting as the business end of a Texas Ranger’s .45.