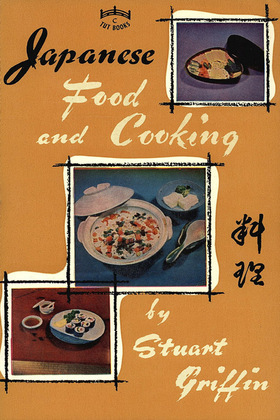 by Stuart Griffin (Author)
Non-Fiction Cooking Cooking by country Asia Japan
Japanese Food and Cooking contains over 100 appetizing recipes, ranging from Japanese soups and salads to Japanese boiled and baked foods. Savory sukiyaki, delectable domburi, tempting tempura, and the many other palatable dishes contained in this cookbook are only one feature of this new and complete volume on Japanese cookery.

Here are the exotic, fascinating, and tasty foods of Japan; the special condiments that make Japanese foods so successful; and the distinctive Japanese holiday dishes. Also included in Japanese Food and Cooking are sections on Japanese table manners, the preparation of Japanese teas and wines, and many other interesting side lights on Japanese culinary arts.

Written in a simple-to-follow style, with exact, simple, and direct cooking instructions, Japanese Food and Cooking is a book for anyone who enjoys cooking and for everyone who enjoys eating.