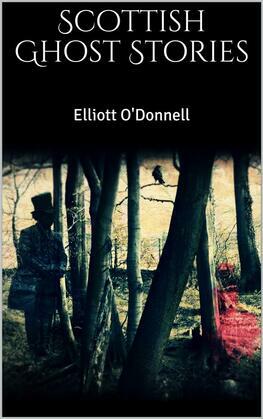 Several years ago, bent on revisiting Perthshire, a locality which had great attractions for me as a boy, I answered an advertisement in a popular ladies' weekly. As far as I can recollect, it was somewhat to this effect: "Comfortable home offered to a gentleman (a bachelor) at moderate terms in an elderly Highland lady's house at Pitlochry. Must be a strict teetotaller and non-smoker. F.M., Box so-and-so." The naïveté and originality of the advertisement pleased me. The idea of obtaining as a boarder a young man combining such virtues as abstinence from alcohol and tobacco amused me vastly. And then a bachelor, too! Did she mean to make love to him herself? The sly old thing! She took care to insert the epithet "elderly," in order to avoid suspicion; and there was no doubt about it—she thirsted for matrimony. Being "tabooed" by all the men who had even as much as caught a passing glimpse of her, this was her last resource—she would entrap some unwary stranger, a man with money of course, and inveigle him into marrying her.