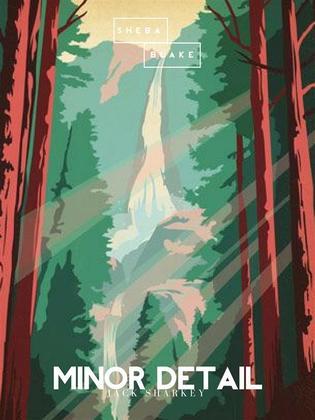 General Webb had a simply magnificent idea for getting ground forces into the enemy's territory despite rockets and missiles and things like that. It was a grand scheme, except for one Minor Detail.

Jack Sharkey (1931-1992) was born on May 6, 1931 in Chicago, Illinois. He began writing when he was 10 years old. He graduated from college with a BA in the Creative Writing Field of the English major. After that, he taught school for two years from 1953 to 1955. In mid-1955, Mr. Sharkey enlisted in the Army. He served at Sandia Base, New Mexico as a Special Services worker. He wrote, produced, and directed one show per month for the Enlisted Men's Club. In 1958, Mr. Sharkey went to New York to begin a full-time freelance writing career. He wrote Science Fiction stories and novels, humor articles, and mystery novels. In 1961, he returned to Chicago where he worked as joke editor for Playboy Magazine and then was Editor of the Allstate Insurance Company Magazine for 11 years from 1964-75.

Mr. Sharkey wrote his first stage comedy in 1965. At the end of 1975, he went exclusively into playwriting, which he continued until a few months before his death. He has 83 published plays written under his own name and four others - Rick Abbot, Monk Ferris, Mark Chandler, and Mike Johnson. Mike Johnson wrote only stage thrillers. All the other plays are comedies and/or musicals. The plays are performed all around the world. Mr. Sharkey passed away on September 28, 1992 after a bout with cancer.