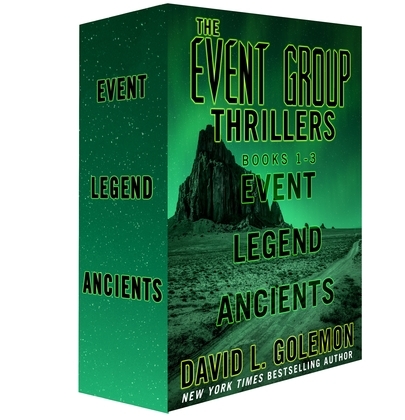 Here together in a low priced eBook bundle are the first three novels in this action-packed, thrilling series.

EVENT
When an unidentified object crashes in Roswell, New Mexico, two creatures emerge. One is here to help, the other has been intentionally brought here for one sole purpose: the total extinction of life on earth. Major Jack Collins must lead the Event Group in a battle for the survival of our world.

LEGEND
The President of the United States sends the Event Group after a treasure that has captured man's desires for centuries, the legend of El Dorado. And lurking in the darkness is a legendary beast of the Amazon who will rise from the mother of all waters to viciously kill anyone threatening the secrets of the long vanished Incas.