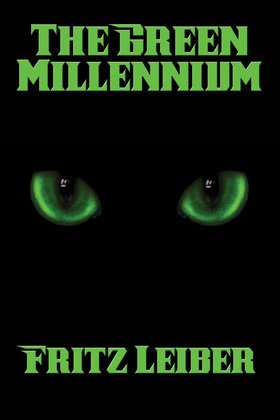 It all started with the green kitten. Phil Gish had no way to know that his adopted pet was about to catapult him into the center of international intrigue. This quirky book will take you on a wild ride full of sexy aliens, mysterious women, demi-humans, and adventure.

Fritz Leiber was a giant in the genre field. He won five Hugo Awards, three Nebula Awards, three world Fantasy Awards, and one Stoker Award and was a Science Fiction Writers of America Grand Master. His influence on science fiction, fantasy, and horror cannot be overstated.