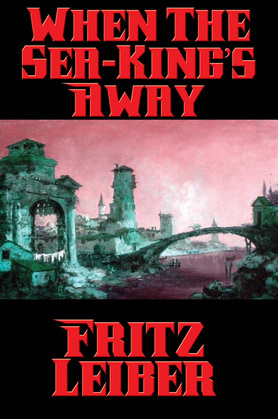 There was an old Simorgyan legend, Fafhrd had insisted, according to which on the seventh day of the seventh moon of the seventh year of the Sevens-Cycle the king of the sea journeyed to the other end of the earth, leaving his opalescently beautiful green wives and faintly silver-scaled slim concubines free to find them lovers if they could . . . and this, Fafhrd had stridently asserted he knew by the spectral calm and other occult tokens, was the place of the sea-king’s home and the eve of the day!