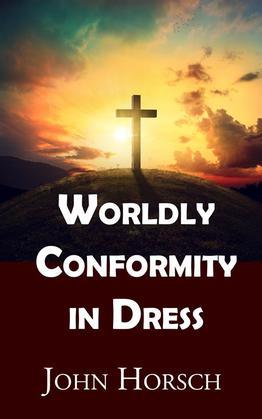 It is perhaps generally known that there is carried on, at the present time, an organized propaganda to persuade our people that certain restrictions, for which we as a church stand, are nothing more than unnecessary customs, commandments of men. In particular is this charge made in reference to the order of the Church as regards restrictions in dress, such as the head dress of our sisters.

The fact deserves to be noticed here that the opponents of the Church have in all ages of her history advanced similar charges. In the earliest history of the Church the leaders of state church Protestantism accused the Mennonite fathers of setting up commandments of men. The leaders of popular Christianity in that period asserted that non-essential things alone were the obstacles in the way of a union of the Mennonites with the state churches. Zwingli wrote repeatedly that the Swiss Brethren (the Mennonites of Switzerland) were of one mind with him in the articles of faith. He expressed the opinion that on account of “mere external things” (which in his view were not warranted by Scripture and were commandments of men) they refused to unite with the state church