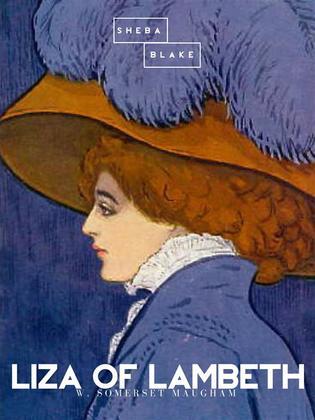 Liza of Lambeth was W. Somerset Maugham's first novel, which he wrote while working as a doctor at a hospital in Lambeth, then a working class district of London. It depicts the short life and death of Liza Kemp, an 18-year-old factory worker who lives together with her aging mother in the fictional Vere Street off Westminster Bridge Road (real) in Lambeth. All in all, it gives the reader an interesting insight into the everyday lives of working class Londoners at the end of the nineteenth century.

The action covers a period of roughly four months--from August to November--around the time of Queen Victoria's Jubilee. Liza Kemp is an 18-year-old factory worker and the youngest of a large family, now living alone with her aging mother. Very popular with all the residents of Vere Street, Lambeth, she likes Tom, a boy her age, but not as much as he likes her, so she rejects him when he proposes. Nevertheless, she is persuaded to join a party of 32 who make a coach trip (in a horse-drawn coach, of course) to a nearby village on the August Bank Holiday Monday. Some of the other members of the party are Tom; Liza's friend Sally and her boyfriend Harry; and Jim Blakeston, a 40-year-old father of 5 who has recently moved to Vere Street with his large family, and his wife (while their eldest daughter, Polly, is taking care of her siblings). The outing is fun, and they all get drunk on beer. On their way back in the dark, Liza realises that Jim Blakeston is making a pass at her by holding her hand. Back home, Jim manages to speak to her alone and to steal a kiss from her.