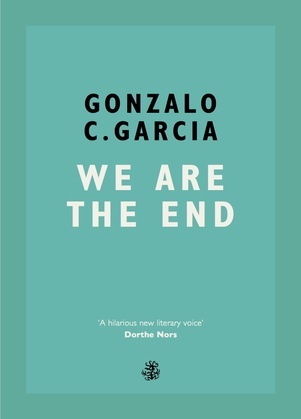 We Are The End

by Gonzalo Garcia (Author)
Buy for $7.95 Excerpt
Fiction Literary Hispanophone literature South American literature
warning_amber
One or more licenses for this book have been acquired by your organisation details

Tomás' girlfriend has left him. She has, in fact, fled to Antarctica, leaving him alone in Santiago, where life is rapidly passing him by.
Tomás is a game designer – but he can't see his ideas through.
Tomás also works in a university – where he spends most of his time hiding under a desk.
Tomás’ flat is falling apart. The band he used to play in is doing annoyingly well. He drinks coffee though a straw straight from the pot because he doesn't own a cup...

This smart, funny debut novel from Gonzalo G. Garcia gives a new voice to a disenchanted generation. With its Chilean setting, willingness to play with form and uniquely messed-up central character, it's unlike anything else. But it's also universal. Tomás may be someone who ends up sleeping in a tent in his own living room. But his loss and longing, not to mention his jokes, will touch everyone.