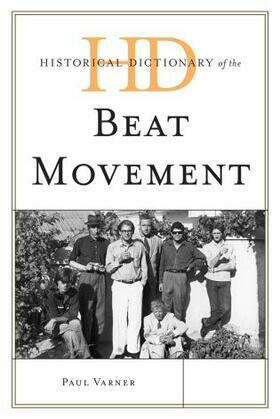 Historical Dictionary of the Beat Movement

by Paul Varner (Author)
Buy for $128.00 Excerpt
Nonfiction History History by country United States Reference Dictionaries Literary essays
warning_amber
One or more licenses for this book have been acquired by your organisation details

The Beat Movement was one of the most radical and innovative literary and arts movements of the 20th century, and the history of the Beat Movement is still being written in the early years of the 21st century. Unlike other kinds of literary and artistic movements, the Beat Movement is self-perpetuating. After the 1950s generation, headlined by Jack Kerouac, Allen Ginsberg, and William S. Burroughs, a new generation arose in the 1960s led by writers such as Diane Wakoski, Anne Waldman, and poets from the East Side Scene. In the 1970s and 1980s writers from the Poetry Project at St. Mark’s Church and contributors to World magazine continued the movement. The 1980s and 1990s Language Movement saw itself as an outgrowth and progression of previous Beat aesthetics. Today poets and writers in San Francisco still gather at City Lights Bookstore and in Boulder at the Jack Kerouac School of Disembodied Poetics and continue the movement. It is now a postmodern movement and probably would be unrecognizable to the earliest Beats. It may even be in the process of finally shedding the name Beat. But the Movement continues.

The Historical Dictionary of the Beat Movement covers the movement’s history through a chronology, an introductory essay, and an extensive bibliography. The dictionary section has over 700 cross-referenced entries on significant people, themes, critical issues, and the most significant novels, poems, and volumes of poetry and prose that have formed the Beat canon. This book is an excellent access point for students, researchers, and anyone wanting to know more about the Beat Movement.