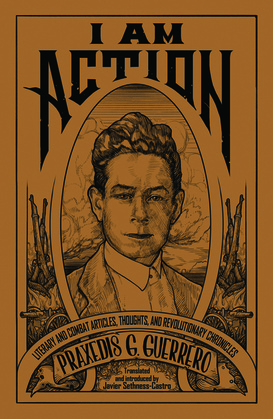 “Praxedis was one of the purest, worthiest, most intelligent, self-denying and bravest men that ever espoused the cause of the disinherited.” —Ricardo Flores Magón

Born into a wealthy family in Guanajuato, Mexico, in 1882, there was little indication that Praxedis G. Guerrero would evolve into a celebrated revolutionary. After a short stint in the military, from 1904-1910 he lived in the US, primarily in Colorado, California, and Texas. Journalist, poet, and above all, revolutionary, Guerrero lwas killed during the Mexican Revolution in 1910. This collection is comprised of his writings from the newspapers Revolucíon, Punto Rojo, and Regeneracíon, many appearing for the first time in English. Editor/translator Javier Sethness-Castro provides a biographical introduction and annotations of the pieces.