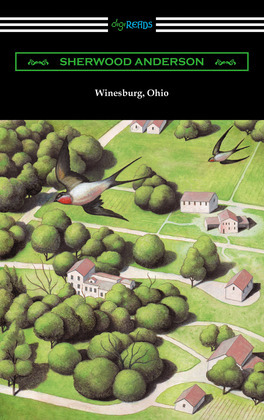 Winesburg, Ohio (with an Introduction by Ernest Boyd)

by Sherwood Anderson (Author)
Excerpt Buy for $5.99
Fiction Classics
warning_amber
One or more licenses for this book have been acquired by your organisation details

Sherwood Anderson?s most famous work, ?Winesburg, Ohio? is a cycle of short stories set in the fictional town of Winesburg, loosely based on the author?s own home town of Clyde, Ohio. A picture of small town America during the first part of the 20th century, the series of short stories revolves around the life George Willard, from youth, through his yearning for independence, to his eventually departure from the town. Each story tells the tale of a distinct member of the town as related to George, a young reporter for the ?Winesburg Eagle?. Through this device the author establishes a frame in which George acts as a recorder of the other town members? narratives and which also acts as a foil for his own coming-of-age story. Central to all the stories are the themes of loneliness and isolation which permeate the existence of small-town life. Belonging to both the modernist and realist literary traditions, ?Winesburg, Ohio? is a work which in a way defies classification, being at once both a novel and a series of short stories. Generally well received upon its first publication in 1919, the work over time has come to be regarded as a classic of modern American literature. This edition includes an introduction by Ernest Boyd and a biographical afterword.