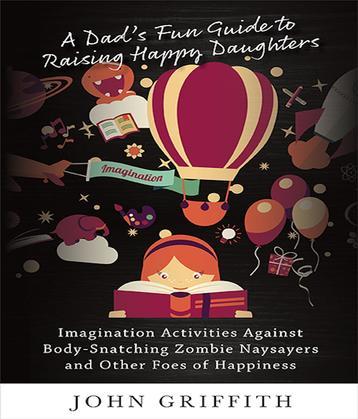 The voice of today’s society – the media – (unintentionally) works against happiness. There is a constant, streaming bombardment of "Bad News.” Young girls are encouraged to find power in sexuality, suffering, and entitlement. Addictive behavior is sensationalized and glamorized. Many in the media promote lying, deception, and revenge as profitable. There are even messages teaching how to get away with murder.

Where are the messages regarding the incredible power of choice, personal responsibility, and accountability? Why isn’t every growing girl told that she is responsible for her happiness?

The impact a father has on his daughter – especially during these modern times – is both profound and immense. Fathers can’t do much about the focus of the media. Smut sells. But, it is not the media’s duty to provide daughters with the tools necessary for a happy life.

In this one-of-a-kind, educational, witty, and humorous “fun guide,” Griffith reveals the secrets of happiness that every dad should teach his daughter so that she can grow into the amazing, powerful, world-changing woman she was meant to become.

Recognizing that a father’s impact upon his daughter is achieved through healthy and personal interactions, Griffith’s guidance is written in a format intended to be shared between father and daughter. Using the powerful tools of metaphoric story-telling, introspective letters, and creative activities, Griffith shares the seven keys to happiness that are critical to staving off the effect of the foes of happiness that permeate society today.