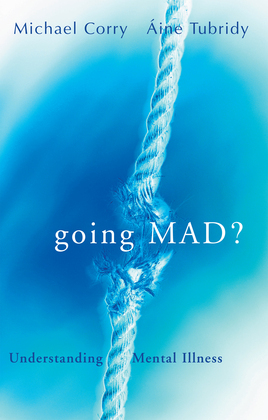 Dr Michael Corry died in 2010. He qualified in medicine from UCD in 1973 before training as a psychiatrist and a constructivist psychotherapist. A frequent and often controversial commentator on issues of mental health in national newspapers and on television and radio programmes, he was an outspoken opponent of over-medication and the use of electro-convulsive therapy in the treatment of mental illness, believing instead in a holistic approach to healing. He is the co-author of two books with Dr Áine Tubridy: Going Mad? and Depression: An Emotion, Not a Disease.