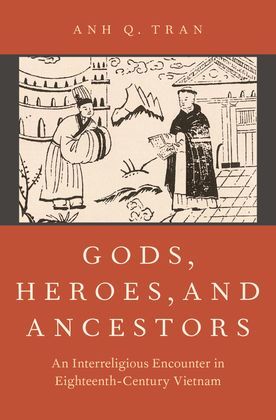 by
Buy for $97.99 Excerpt
Nonfiction Religion Buddhism History History by country Asia Southeast Asia Oriental religions and wisdom Taoism Confucianism
warning_amber
One or more licenses for this book have been acquired by your organisation details

Though a minority religion in Vietnam, Christianity has been a significant presence in the country since its arrival in the sixteenth-century. Anh Q. Tran offers the first English translation of the recently discovered 1752 manuscript scholar, this anonymously authored manuscript paints a rich picture of the three traditional Vietnamese religions: Confucianism, Buddhism, and Daoism. The work explains and evaluates several religious beliefs, customs, and rituals of eighteenth-century Vietnam, many of which are still in practice today. In addition, it contains a trove of information on the challenges and struggles that Vietnamese Christian converts had to face in following the new faith.

Besides its great historical value for studies in Vietnamese religion, language, and culture, Gods, Heroes, and Ancestors raises complex issues concerning the encounter between Christianity and other religions: Christian missions, religious pluralism, and interreligious dialogue.