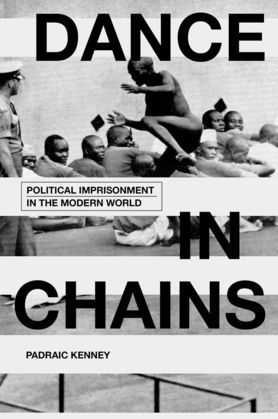 States around the world imprison people for their beliefs or politically-motivated actions. Oppositional movements of all stripes celebrate their comrades behind bars. Yet they are more than symbols of repression and human rights. Dance in Chains examines the experiences of political prisoners themselves in order to understand who they are, what they do, and why it matters.

This is the first book to trace the history of modern political imprisonment from its origins in the mid-nineteenth century. The letters, diaries, and memoirs of political prisoners, as well as the records of regime policies, relate the contest in the prison cell to political conflicts between regime and opposition. Padraic Kenney draws on examples from regimes ranging from communist and fascist to colonial and democratic, including Ireland, the United Kingdom, Poland, and South Africa. They include the Fenian Brotherhood, imprisoned in England and Ireland in the 1860s, and their successors during the Irish War of Independence and the Northern Ireland Troubles; Afrikaaners suspected of treason during the Boer War; socialists fighting for Polish freedom in the Russian Empire, and then Communists denouncing "bourgeois" rule in newly-independent Poland; the opponents of apartheid South Africa and stalinist Poland; and those imprisoned by the United States in Guantanamo Bay detention camp today. Some prisons are well-known; in others, inmates suffered in obscurity. Through self-organization, education, and actions ranging from solitary non-cooperation to mass hunger strikes, these prisoners transform their incarceration and counter states' efforts to control them.

While considering the international movements that have sought to publicize the plight of political prisoners, Dance in Chains examines the actions of the prisoners themselves to find universal answers to questions about the meaning and purpose of their imprisonment.