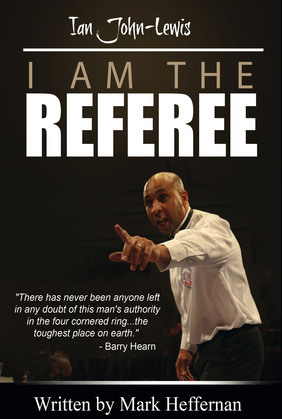 I am the Referee

"From a Poor Black kid off a rough White estate....to the 'Richest Prize in Sport' the Heavyweight Championship of the World" Read my incredible journey in I am the Referee!!
"Being cheated out of their dream would destroy most people. Not Ian John-Lewis...He used the hurt and pain of this to propel himself to not just become one of the Worlds best referees but one of the most respected men in boxing today.

The only Black boy in his school and growing up in the sixties, wasn't the easiest start, but his character ensured he overcame any disadvantage life would throw at him. Ian had to earn respect, and has earned it, by being true to himself and fair to all....whatever the consequences.

From the inmates he has locked up, the boxers he fought and refereed, to the business men and promoters in boxing, no one has a bad word to say about Ian John-Lewis.

He is the Championship Contender cheated out of his shot, the man who has refereed the oldest boxing World Champion and one of only five British referees to be the 'Invisible Man' at the Heavyweight Championship of the World.

HE IS A FAIR MAN
HE IS IAN JOHN-LEWIS
HE IS THE REFEREE.