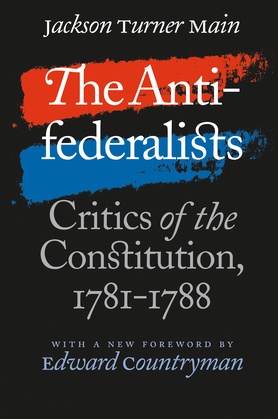 The Antifederalists come alive in this state-by-state analysis of politics during the Confederation and the debates over the enlargement of Congressional powers prior to the formation of the Constitution. On the one side were small and middle-class farmers who subscribed to a libertarian tradition founded in a distrust of power, a preference for local authority, and a concept of private rights that defined liberty against government. On the other, urban centers and commercial farming areas were mercantile and planter aristocracies disposed to qualify libertarian tenets out of a fear of majority rule, a concern for property rights, and a high regard for the positive economic and political possibilities within the power of a more centralized state. Main presents a perceptive account of the deliberations of the ratifying conventions, the local circumstances that affected decisions, the alignment of delegates, and the factors that influenced some of the delegates to change their minds.