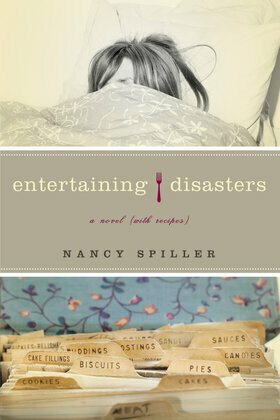 Entertaining Disasters: A Novel (With Recipes)

by Nancy Spiller (Author)
Fiction Literary English literature British literature
In print, FW, the unnamed freelance Food Writer of Nancy Spiller’s sardonic debut novel, Entertaining Disasters, lives high on the food chain in the heady realm of L.A.’s culinary journalism scene. She waxes poetic about her hip home gatherings, thinly veiling the identities of her Hollywood guest list. But in reality, FW’s been inventing the dinner parties she writes about because social paralysis sets in at the very thought of a real guest in her fabulous—or is it shabby?—hillside home. Enter the glossy food magazine editor, new in town, who wants an invitation to one of her bashes, and the panic-stricken journey from fantasy hostess to reality bites is on.
Entertaining Disasters—at turns whimsical and deeply affecting—chronicles the struggle FW faces in the week before she hosts her first real dinner party in ages. At the same time, her estranged sister threatens to drop by, her husband takes off, and her house implodes. In the way of Nora Ephron’s Heartburn, Spiller’s book is filled with the fabulous culinary lore and delicious-sounding recipes that have made FW’s writing such popular foodie mania. Now all she has to do is somehow bring this fantasy world into workaday reality.