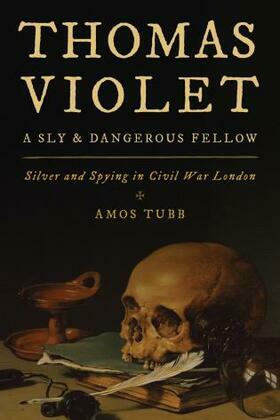 by Amos Tubb (Author)
Buy for $28.50 Excerpt
Nonfiction History History by country Europe Great Britain <1799 Other Social history United States Other Military
warning_amber
One or more licenses for this book have been acquired by your organisation details

A Sly and Dangerous Fellow chronicles the life and adventures of Thomas Violet, an Englishman who lived from 1609-1662. During the course of his tumultuous life Violet was a goldsmith, a spy, a prisoner of war during the English Civil War, a traitor to both sides, a major economic theorist, an anti-Semite who nearly drove the Jews of England out of the country, and a suicide. Violet’s life consisted of one unbelievable escapade after another. He was a scoundrel who used his knowledge of the financial markets of his day to legally extort money out of people in scheme after scheme for nearly thirty years. Along the way, he was caught up in the English Civil War and interacted with many of the major players – he knew and worked for King Charles I, Oliver Cromwell, and King Charles II. In desperate times, both King Charles I and Oliver Cromwell were willing to use the unsavory Violet to help solve the financial crisis both men faced as rulers of England. Violet’s knowledge of the silver trade, in particular, would bring untold riches to Oliver Cromwell. However, Charles II had no need of Violet, and, when Violet could not convince Charles II to extort money from England’s Jews, Violet committed suicide rather than face the world without a royal patron. Readers will be fascinated—and outraged—by Violet’s actions.