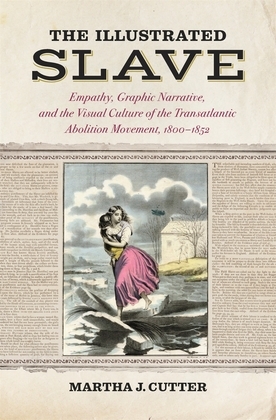 The Illustrated Slave: Empathy, Graphic Narrative, and the Visual Culture of the Transatlantic Abolition Movement, 1800-1852

<p>From the 1787 Wedgwood antislavery medallion featuring the image of an enchained and pleading black body to Quentin Tarantino’s <i>Django Unchained</i> (2012) and Steve McQueen’s <i>Twelve Years a Slave</i> (2013), slavery as a system of torture and bondage has fascinated the optical imagination of the transatlantic world. Scholars have examined various aspects of the visual culture that was slavery, including its painting, sculpture, pamphlet campaigns, and artwork. Yet an important piece of this visual culture has gone unexamined: the popular and frequently reprinted antislavery illustrated books published prior to Harriet Beecher Stowe’s <i>Uncle Tom’s Cabin</i> (1852) that were utilized extensively by the antislavery movement in the first half of the nineteenth century.</p><p><i>The Illustrated Slave</i> analyzes some of the more innovative works in the archive of antislavery illustrated books published from 1800 to 1852 alongside other visual materials that depict enslavement. Martha J. Cutter argues that some illustrated narratives attempt to shift a viewing reader away from pity and spectatorship into a mode of empathy and interrelationship with the enslaved. She also contends that some illustrated books characterize the enslaved as obtaining a degree of control over narrative and lived experiences, even if these figurations entail a sense that the story of slavery is beyond representation itself. Through exploration of famous works such as <i>Uncle Tom’s Cabin</i>, as well as unfamiliar ones by Amelia Opie, Henry Bibb, and Henry Box Brown, she delineates a mode of radical empathy that attempts to destroy divisions between the enslaved individual and the free white subject and between the viewer and the viewed.</p>