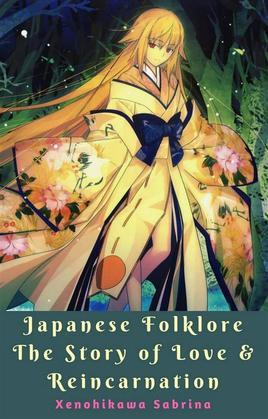 Many years ago in Yedo, in the district of Fukagawa, there lived a rich timber merchant. He and his wife dwelt together in perfect accord, but though their business prospered and their wealth increased as the years went by, they were a disappointed couple, for by the time they had reached middle age they were still unblessed with children. This was a great grief to them, for the one desire of their lives was to have a child.

The merchant at last determined to make a pilgrimage to several temples in company with his wife, and to supplicate the gods for the long yearned-for joy of offspring. When the arduous tour was over they both went to a resort in the hills noted for its mineral springs, the woman hoping earnestly that the medicinal waters would improve her health and bring about the desired result.

A year passed and the merchant's wife at last gave birth to a daughter. Both parents rejoiced that the Gods had answered their prayers. They reared the child with great care, likening her to a precious gem held tenderly in both hands, and they named her Tama, the Jewel.

As an infant Tama gave promise of great beauty, and when she grew into girlhood she more than fulfilled that promise. Their friends all declared that they had never seen such loveliness, and people compared her to a morning-glory, besprinkled with dew and glowing with the freshness of a summer dawn.

She had a tiny mole on the side of her snowy neck. This was her sole and distinguishing blemish.

Tama, the Jewel, proved a gifted child. She acquired reading and the writing of hieroglyphics with remarkable facility, and in all her studies was in advance of girls of her own age. She danced with grace, and sang and played the koto enchantingly, and she was also accomplished in the arts of flower-arrangement and the tea-ceremony.