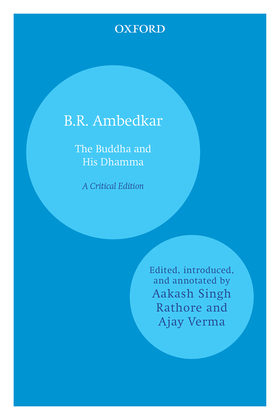 The Buddha and His Dhamma

The Buddha and His Dhamma was B.R. Ambedkar's last work. Published posthumously, it presented a radical reorientation of Buddhist thought and literature, aptly called navayana. It deals with Ambedkar's conceptualization of Buddhism and the possibilities it offered for liberation and upliftment of the Dalits. It presents his reflections on the life of the Buddha, his teachings, and the spread of Buddhism by interweaving anecdotes with detailed analyses of the religion's basic tenets. The author also includes important elements of the Buddhist canon and tradition to make the teachings more accessible. In the first critical and annotated edition of this work, the editors address the on-going debate on Ambedkar's interpretation of the Buddha's dhamma by focusing on the accuracy of his citations and providing missing sources. They also discuss Ambedkar's modification of source materials. The introduction contextualizes the scholarly work related to the text.