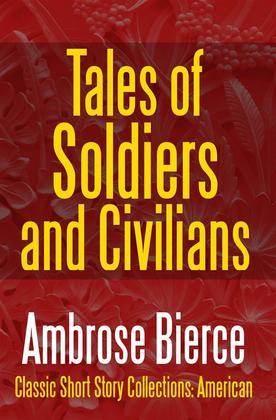 Tales of Soldiers and Civilians

Bierce edited the twelve volumes of The Collected Works of Ambrose Bierce, which were published from 1909 to 1912. The seventh volume consists solely of The Devil's Dictionary.

Bierce has been criticized by his contemporaries and later scholars for deliberately pursuing improbability and for his penchant toward "trick endings". In his later stories, apparently under the influence of Maupassant, Bierce "dedicated himself to shocking the audience", as if his purpose was "to attack the reader's smug intellectual security".

Bierce's bias towards Naturalism has also been noted: "The biting, deriding quality of his satire, unbalanced by any compassion for his targets, was often taken as petty meanness, showing contempt for humanity and an intolerance to the point of merciless cruelty".

Stephen Crane was of the minority of Bierce's contemporaries who valued Bierce's experimental short stories. In his essay "Supernatural Horror in Literature", H. P. Lovecraft characterized Bierce's fictional work as "grim and savage." Lovecraft goes on to say that nearly all of Bierce's stories are of the horror genre and some shine as great examples of weird fiction.

Bierce's story An Occurrence at Owl Creek Bridge has been described as "one of the most famous and frequently anthologized stories in American literature"; and his book Tales of Soldiers and Civilians (also published as In the Midst of Life) was named by the Grolier Club as one of the 100 most influential American books printed before 1900.

A prolific and versatile writer, Bierce was regarded as one of the most influential journalists in the United States. For his horror writing, Michael Dirda ranked him alongside Edgar Allan Poe and H.P. Lovecraft.” as a pioneering writer of realist fiction. His war stories influenced Stephen Crane, Ernest Hemingway, and others, and he was considered an influential and feared literary critic. In recent decades Bierce has gained wider respect as a fabulist and for his poetry.

In December 1913, Bierce traveled to Chihuahua, Mexico, to gain first-hand experience of the Mexican Revolution. He disappeared, and was rumored to be traveling with rebel troops. He was never seen again.

His vehemence as a critic, his motto "Nothing matters" and the sardonic view of human nature that informed his work all earned him the nickname "Bitter Bierce". Despite his reputation as a searing critic, Bierce was known to encourage younger writers, including poet George Sterling and fiction writer W. C. Morrow. Bierce employed a distinctive style of writing, especially in his stories. His style often embraces an abrupt beginning, dark imagery, vague references to time, limited descriptions, impossible events and the theme of war.