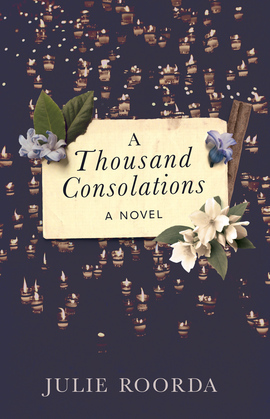 Moving, entertaining, and witty, A Thousand Consolations is a literary romantic comedy for fans of David Nicholls?s Us and Emma Straub?s Modern Lovers.

Paula doesn?t put much faith in the candles she designs for her customers, which promise to cure everything from unrequited love to ingrown toenails; it?s just a business she started after her husband?s untimely death put an end to their joint dream of a career on the stage. Believing she may have somehow contributed to Teddy?s illness, Paula is too crippled by guilt to pursue the dream of acting on her own, and too bitter to believe she?ll ever be happy again.

Then she meets Héctor, a former concert pianist seeking refuge from the Mexican narcos who severed his fingers and threatened worse. With great charm and wit, Héctor seduces her into believing in a life in which hope coexists with disappointment, happiness with loss. Paula begins to believe that love is a possibility after all. But will Héctor be allowed to remain in Canada, or be sent back to an unknown fate?

A Thousand Consolations is a surprisingly funny novel in which virtuosity, philosophy, and humour endure despite the modern blights of refugee politics and the threat of narcoterrorism.