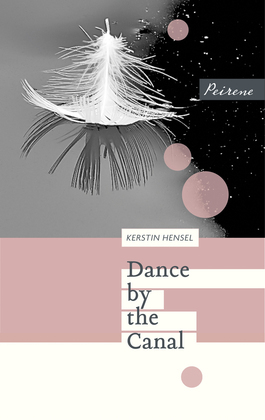 The Dance by the Canal

by Kerstin Hensel (Author), Jen Calleja (Translator)
Buy for $9.53 Excerpt
Fiction Literary Germanophone literature
warning_amber
One or more licenses for this book have been acquired by your organisation details

A tragicomic satire from the heart of East Germany.

Gabriela grows up in the East German town of Leibnitz. Her father is a famous surgeon, her mother a respected society hostess. The girl, however, struggles to fulfil their expectations. She shows no talent as a violinist and, worse, she fails to choose the right friends at school. When her father falls out of favour with the communists, Gabriela drops out of school. Eventually she ends up living beneath a canal bridge. Then the Wall falls. Can Gabriela seize a second chance in the new, united, Germany?

Why Peirene chose to publish this book:

'When I pass homeless women, I look into their faces and wonder: why her and not me? I sense that maybe our differences are not as great as I would like to believe. Dance by the Canal tells the story of a woman who fails to find her place in society - neither in communist GDR nor in the capitalist West. Her refusal to conform to the patriarchal structures of both societies forces her into ever-increasing isolation. This book will make you think.' Meike Ziervogel, publisher at Peirene Press