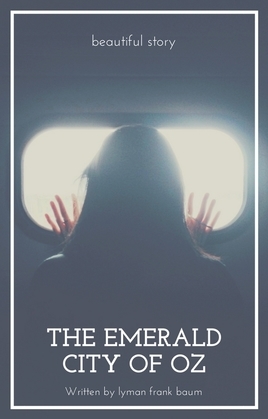 At the beginning of this story, it is made quite clear that Dorothy Gale (the primary protagonist of many of the previous Oz books), is in the habit of freely speaking of her many adventures in the Land of Oz to her only living relatives, her Aunt Em and Uncle Henry. Neither of them believes a word of her stories, but consider her a dreamer, as her dead mother had been. She is undeterred (unlike her alter ego in the film Return to Oz who is much perturbed by her guardians' doubts.)

Later, it is revealed that the destruction of their farmhouse by the tornado back in The Wonderful Wizard of Oz has left Uncle Henry in terrible debt. In order to pay it, he has taken out a mortgage on his farm. If he cannot repay his creditors, they will seize the farm, thus leaving Henry and his family homeless. He is not too afraid for himself, but both he and his wife, Aunt Em, fear very much for their niece's future. Upon learning this, Dorothy quickly arranges with Princess Ozma to let her bring her guardians to Oz where they will be very happier and forever safe. Using the Magic Belt (a tool captured from the jealous Nome King Roquat), Ozma transports them to her throne room. They are given rooms to live in and luxuries to enjoy, including a vast and complex wardrobe. They meet with many of Dorothy's animal friends, including the Cowardly Lion and Billina the Yellow Hen.

In the underground Nome Kingdom, the Nome King, Roquat, is plotting to conquer the Land of Oz and recover his magic belt, which Dorothy took from him in Ozma of Oz. After ordering the expulsion of his General (who will not agree to such an attack) and the death of his Colonel (who also refuses), King Roquat holds counsel with a veteran soldier called Guph. Guph believes that against the many magicians of Oz (the reputation of which has grown in the telling), the Nome Army has no chance alone. He therefore sets out personally to recruit allies.

Dorothy, accompanied by the Wizard of Oz and several other friends, departs the Emerald City in a carriage drawn by the Wooden Sawhorse, intending to give her aunt and uncle a tour of the land. Many of the people encountered have never been seen in other books: