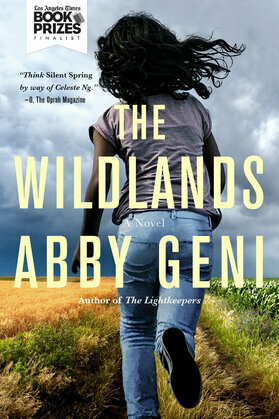 From the author of The Lightkeepers, Winner of the 2016 B&N Discover Great New Writers Award for Fiction, comes a story that explores the bonds of siblings and the animal instincts that threaten to tear them apart

Mercy, Oklahoma became infamous when a Category Five tornado ravaged the small town. No family was more devastated than the McClouds: four siblings left orphaned, their home and farm gone. Darlene, Jane, and Cora became the media focus of the tornado's aftermath, causing great tension with Tucker, who soon abandoned his sisters to their grief and disappeared.


On the three-year anniversary of the tornado, a cosmetics factory outside of Mercy is bombed, and the lab animals trapped within are released. This violent act appears at first to have nothing to do with "the saddest family in Mercy." Then Tucker reappears, injured in the blast, and seeks the help of nine-year-old Cora. Caught up in the thrall of her brilliant, charismatic brother, whom she has desperately missed, Cora agrees to accompany Tucker on his cross-country mission to save animals and make war on human civilization.


Soon Cora is not just Tucker's companion but his accomplice. Learning at his knee, she takes on a new identity, engaging in escalating acts of violence and testing the limits of her humanity. Darlene works with Mercy police to find her siblings, leading to an unexpected showdown at the San Diego Zoo, as Tucker erases the boundaries between the human and animal world.


[Zoomania] is a literary thriller that examines the climate crisis, animal rights, and the deep, abiding bonds of family.