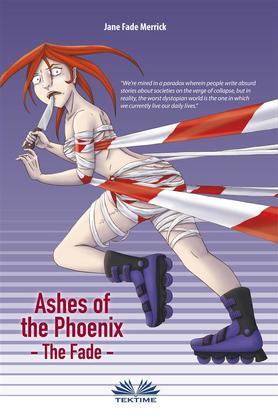 Ashes Of The Phoenix

by Jane Fade Merrick (Author)
Buy for €0.99 Excerpt
Fiction Contemporary women Comics & graphic novels Contemporary women
warning_amber
One or more licenses for this book have been acquired by your organisation details

An illustrated Slice of Life novel. Three lives entwine because of a subtle coincidence. A girl on the edge of society, an extremely rich weird kid and one of the most popular pop stars of the planet.

Fade lives a life left on her own, struggling constantly to survive in a society that swallows everyone who doesn’t keep up with its pace; her only company is a kitchen knife and a scar embedded in her leg that reminds her every day of who she is and why she is there. While she’s stealing in a supermarket, she meets Jag, a boy with a disturbing appearance who convinces her to join him in his weird plan: to become the main sponsor of one of the most successful bands of the moment, of which he’s a huge fan, and - apparently - he doesn’t lack the money to do so. She allows herself to be convinced to meet Nef, a typical playboy, who eventually will learn that they both are hiding a secret bigger than them.