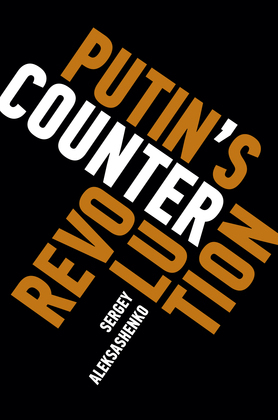 
During his nearly twenty years at the center of Russian political power, Vladimir Putin has transformed the vast country in many ways, not all of them for the better. The near-chaos of the early post-Soviet years has been replaced by an increasingly rigid authoritarianism, resembling a hard-fisted monarchy more than the previous communist dictatorship. Putin's early years in power saw rapid economic growth, averaging nearly 7 percent annually, and the rise of Moscow as a vibrant European-style city. But a slowdown during the second half of Putin's administration, since 2009, has resulted in the stagnation of the economy, especially in the hinterlands, with few signs of a possible turnaround.


What accounted for these changes in Russia? Sergey Aleksashenko, a former top Russian finance official and then private businessman, lays the blame squarely on Putin himself, even more than external factors such as the sharp fall in oil prices or Western sanctions after Russia's annexation of Crimea in 2014.


In his relentless drive to consolidate power in his own hands, Aleksashenko writes, Putin has destroyed the very idea of competition for political power. He has done so by systematically undercutting basic political institutions of the post-Soviet Russian state, including independent power centers such as the parliament, the judiciary, and a free media. In the economic realm, Putin effectively undermined Russia's still-emerging and very fragile system for protecting property rights?the basis of all economic activity. This in turn caused a sharp decline in private investment and thus contributed to the long-term economic slowdown.


One result of Putin's rule was the destruction of the emerging checks and balances system in Russia, and that would be a major problem for Russia if and when it decides to become a "normal" democratic country based on Western values. In describing how all this happened, Aleksashenko's book offers universal lessons in the necessity of checks and balances in any political system?as well as in the importance of vibrant political institutions for economic growth.