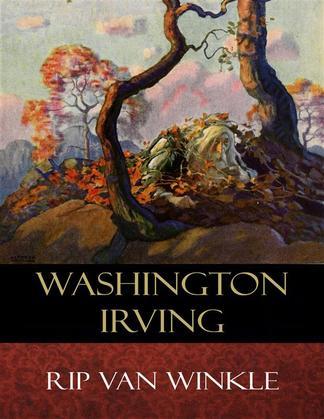 Rip Van Winkle (1912) is a short story by the American author Washington Irving, best known his short stories "The Legend of Sleepy Hollow" and "Rip Van Winkle", as well as the name of the story's fictional protagonist.

Written while Irving was living in Birmingham, England, it was part of a collection entitled The Sketch Book of Geoffrey Crayon. Although the story is set in New York's Catskill Mountains, Irving later admitted, "When I wrote the story, I had never been on the Catskills."

The story of Rip Van Winkle is set in the years before and after the American Revolutionary War. In a pleasant village, at the foot of New York's "Kaatskill" Mountains, lives the kindly Rip Van Winkle, a colonial British-American villager of Dutch descent. Rip is an amiable though somewhat hermitic man who enjoys solitary activities in the wilderness, but is also loved by all in town—especially the children to whom he tells stories and gives toys.