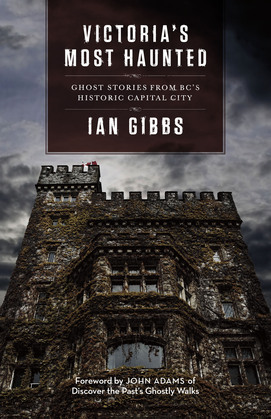 Ghost stories from Canada?s most haunted city, including tales from iconic sites such as the Empress hotel, Hatley Castle, and Ross Bay Cemetery.

Beautiful, charming Victoria is world renowned for its seaside attractions, flourishing gardens, and breathtaking ocean views. But looming behind its picture-perfect façade is a city shrouded in mystery, with restless, disembodied beings that whisper ghastly tales of mystery, violence, and horror.

Known as British Columbia?s most haunted city, Victoria is teeming with a plethora of spirits. Through this brand-new collection of disturbing tales, you?ll come face to face with:

Get to know Victoria?s best-known hauntings along with some you may have not have heard before.