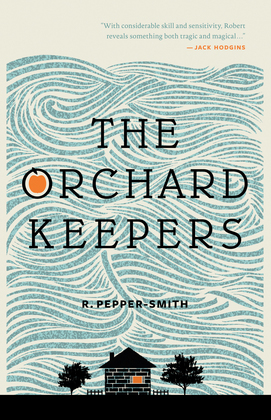 by Robert Pepper-Smith (Author)
Buy for $11.99
Fiction Literary English literature American and Canadian literature
warning_amber
One or more licenses for this book have been acquired by your organisation details

Robert Pepper-Smith’s trilogy of novels chronicling the lives of those with deep roots in the orchard lands of British Columbia comes full circle with this volume, collecting newly revised editions of The Wheel Keeper and

House of Spells with Sanctuary.

The Wheel Keeper introduced readers to Michael Guzzo, raised in one of the many immigrant families who flocked to the vineyards and orchards of the Kootenays. When the government plans to flood his village for a hydroelectric project, young Michael seeks escape with his rebellious cousin Maren, who is experiencing her own story of displacement.

In House of Spells, Rose and Lacey are two teenagers from the region who share a vital connection to Michael. When Rose becomes pregnant, the wealthy Mr Giacomo offers to raise the child, but can this mysterious benefactor be trusted? Or is there something sinister going on behind the local entrepreneur’s offer?

Finally, in the never-before-published Sanctuary, the stories of Michael, Rose and Lacey merge after Lacey goes in search of Michael in Central America.

Praise for The Orchard Keepers

"A quietly but powerfully political book about uprootedness and connection to the land."
~ Jade Colbert, The Globe and Mail