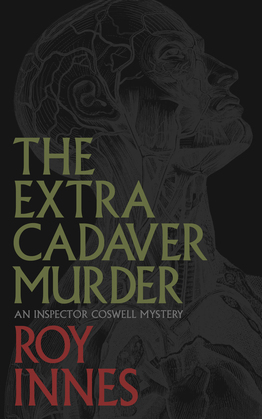 by Roy Innes (Author)
Excerpt Buy for $11.99
Fiction Mystery & detective Police procedural
warning_amber
One or more licenses for this book have been acquired by your organisation details

RCMP Inspector Coswell is back. A university professor is murdered and his corpse is revealed to a first year anatomy class in spectacular fashion?nude on a slab alongside shrouded medical cadavers. He begins his investigation with Corporal James, his long time assistant, but is abruptly assigned a new partner, a female officer who arrives under a political cloud. Already depressed by his perceived plunge into senility, Coswell struggles to stifle his own gender biases and work effectively with this woman.

Their list of suspects grows: failed students, a jealous colleague, an intriguing ex-wife and a criminal cartel. Clues emerge that send them all over the city of Vancouver from UBC campus to downtown and its gourmet restaurants.

Praise for The Extra Cadaver Murder

"It?s my first time reading Roy Innes, a retired eye surgeon. I have to assume from his precise prose and skillful plotting that he was a demon with the scalpel.... a quick and readable book. Innes does a great job setting the scene."
~ Margaret Cannon, The Globe and Mail

"The Extra Cadaver Murder is a multi-faceted novel, with complex characters and realistic details, doubling as a sympathetic portrayal of the difficulties faced by women and gay officers in the RCMP."
~ James Paley, BC BookWorld