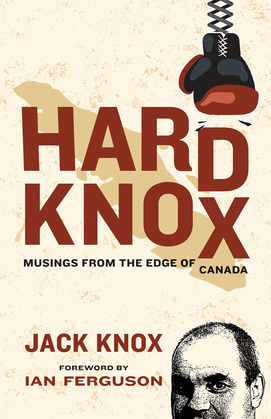 by Jack Knox (Author)
Buy for $15.99 Excerpt
Nonfiction Humor Form Essays Biography & autobiography Editors, journalists, publishers
warning_amber
One or more licenses for this book have been acquired by your organisation details

In Hard Knox, seasoned columnist and consummate everyman Jack Knox offers up his uniquely hilarious views on Canadian life as seen from the western fringes of the country?in particular from the ?Island of Misfit Toys? as he aptly calls his Vancouver Island home. This treasure trove of west-coast wit and wisdom touches on everything from ?smug anti-Americanism? to extreme weather to flagrant public displays of affection in Canada?s westernmost capital. Whether you?re a born-and-bred Islander, a transplanted Albertan in the throes of culture shock, or a confused tourist, we all have something to learn from the school of Hard Knox.