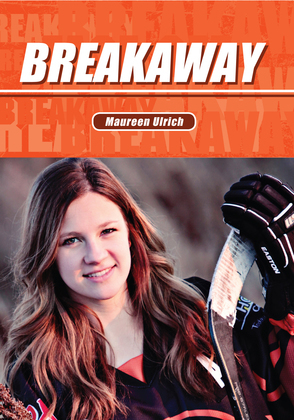 Jessie is in her last year of high school and finally playing AAA, the highest level of minor hockey there is. She?s been made captain, and she?s putting relationship disasters behind her by dating wonderful, sensible Evan. So what if he?s safely away at university where she can ignore his calls and texts? And so what if her old-news feelings about old flame Mark, and uncomfortable new feelings towards new guy Liam, refuse to be ignored? At last, Jessie really has things worked out.

But things have a way of conspiring against her, and somehow Jessie ends up fighting rumours that threaten her captaincy, rumours some of her less-than-supportive team-mates are only too happy to keep alive. Meanwhile, her eleven-year-old sister Courtney falls in with sophisticated older friends, and their parents seem oblivious to the problem.

New Year approaches, bringing an important tournament, increasingly outlandish behaviour from Courtney, and what looks like a head-on relationship collision from three directions. It?s time for Jessie to grow up, step up, and fix things once and for all.